I have added HQ Images of Jenna attending Salt Lake Comic Con yesterday to our gallery,enjoy!:)

(Flaunt Magazine) “Jenna is laugh-out-loud funny, incredibly quick-witted and brings a truth and depth to everything she does. She blew everyone away at her first audition. Steven wanted to chase down the corridor and offer her the role on the spot. Our casting director Andy Pryor had to hold him back! Jenna has grown the character enormously throughout her time playing Clara. She travels in Time and Space and saves the universe. They don’t do much of that on Downton Abbey.” – Executive Producer Brian Minchin, Doctor Who (2015)

British telly star Jenna Coleman is a delightful CALIFUK recipe for melodrama. Coming up with work as investigative journalist Jasmine Thomas (2005-2009) on Emmerdale, a longstanding British soap set in a fictional village in the Yorkshire Dales, she survived a summer getaway with her uncle and quickly began a lesbian relationship with her friend. In 2011, the adorably dimpled actress took a real-life getaway, crossing the pond for her feature film debut in Captain America: The First Avenger. Then things took a dramatic turn for the best. The bewitching Coleman was cast on BBC series Doctor Who as Clara, companion of the 11th and 12th incarnation of the Doctor. So is Coleman ready to break into Hollywood? Examining her life in granular detail, things get murky; without being rude, she may be dating dangerously debonair Prince Harry (oh my!). And if Coleman can navigate the royal dating scene, she certainly has the charm and power for Hollywood. But then the question becomes—is the starlet willing to bend time and space in order to tackle steady work with American productions? Next year, she’ll costar in Me Before You, a film directed by Thea Sharrock, the acclaimed theater director of Broadway’s Equus. From there, it’s all in the stars.

I’ve also added HQ Images of her photoshoot onto the gallery,enjoy!

I have added HQ Images of Jenna’s latest photoshoot for ‘Harrods Magazine’ I will add more into the gallery when I can get them! Enjoy! 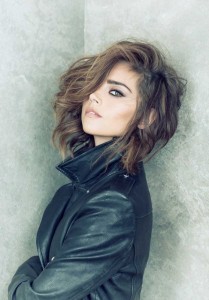 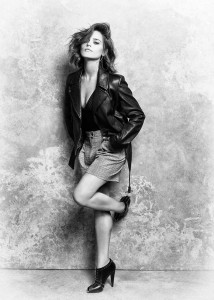 Gallery Update Photoshoots
Jenna Coleman has no idea who will replace her on Doctor Who
admin • September 25, 2015

(Source) One of the most high-profile small-screen acting gigs opened up last week with the announcement by Jenna Coleman that she is leaving the long-running time travel show Doctor Who, on which she played the semi-titular Time Lord’s adventuring companion, Clara Oswald. But the actress says she has no idea about the identity of her replacement – or replacements. “No, I know nothing, absolutely nothing,” Coleman told EW last weekend. “Once you’re out, you’re out!”


On the other hand, Coleman was able to provide an at least partial list of the items she, let us say, permanently borrowed from the Doctor Who set before her departure. “Toward my last couple of weeks, I had my eyes peeled,” she said. “So, yeah, I’ve taken my key – I still have a key to the TARDIS! I have something else which I’m going to reveal afterwards, perhaps, because I don’t think they know it’s missing yet. [Laughs] And I also took a clockwork squirrel.”

I have added 3 HQ Episode Stills of Jenna from the newest upcoming Doctor Who episode “The Witch’s Familiar” into our gallery,enjoy!

Doctor Who star Jenna Coleman shares her secret to success and tells us how even working with Peter Capaldi isn’t improving her ability to do a Scottish accent in this edition of our 60 Second Challenge. Jenna is nominated for her role as Clara Oswald at the upcoming British Academy Cymru Awards which take place Sunday. Source 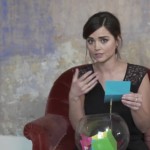 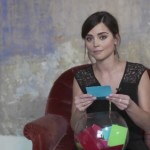 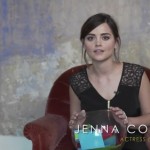 I have added HQ shoots of Jenna being photographed by 1883 Magazine to our gallery, enjoy!