Welcome to Adoring Jenna Coleman at jenna-coleman.org. Your leading source dedicated to gorgeous and talented Jenna Coleman. Our goal is to bring you all the latest in Jenna news, including her upcoming movies and more. We bring you all the oldest and newest images from her movies, candids, appearances captures, magazine scans and more... you name it you have it! If you'd ever like to donate any picture, send us an email, you will receive full credit for your donations! Whatever you're here for, we hope you find something to interest you and hope you choose to return soon.
Home  ›  Mini Series:  ›  Doctor Who  ›  New Doctor Who Audio Books
New Doctor Who Audio Books

Doctor Who Audio books will be releasing 4 brand new books starring Jenna Coleman as Clara Oswald and her co star Peter Capaldi as The Doctor The Tales of Winter will be split into 4 books, You can now order them on the BBC Shop or else on Amazon. Down below you will see the cover of the artwork and also a little synopsis of the books. 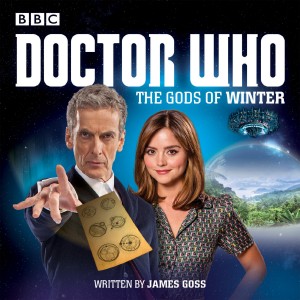 Buy on Amazon or BBC Shop
On a remote human colony planet, under the cover of a protective dome, young Diana Winter summons the TARDIS. Brought to her side by the power of a mysterious calling card, the Doctor and Clara are given one of their unlikeliest assignments yet. Yet it is one that will have far-reaching consequences…
Many years later, on the homeworld of the alien Golhearn, the time travellers once again meet Diana – but this time the stakes are much higher. The Golhearn’s savage madness is threatening to destroy their own civilisation, and Diana has a personal reason to call for the Doctor once again. Is he willing to assist, or must Clara go it alone? Can anyone discover the cause of the monstrous insanity that threatens them all? 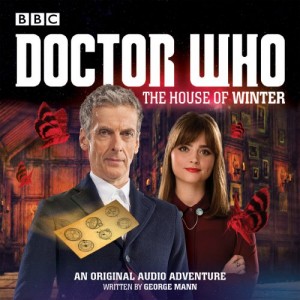 Buy on Amazon or BBC Shop
The Doctor and Clara are called to a mysterious, isolated house on a moonlet in the Asurmian Reach. There they meet the inscrutable Justin Winter and his two assistants, Joey and Carenza. Winter has called for the Doctor’s help: he and his friends are trapped in the house, all exits having long ago been sealed.

When even the TARDIS proves unable to dematerialise, the Doctor and Clara quickly realises they are as much prisoners as their new acquaintances. Strange blood moths fly around their heads, and there’s a strange whispering and rustling from the shadows of the house’s interior. As tensions rise, the Doctor struggles to engineer a way out – and a staggering series of revelations are about to be made. 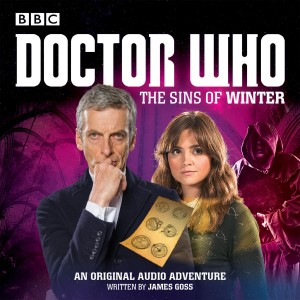 Buy on Amazon
A brand new, original adventure for the 12th Doctor and Clara, as played on BBC TV by Peter Capaldi and Jenna Coleman. Exclusive to audio, the story is the third of four to be published between August 2015 and February 2016. 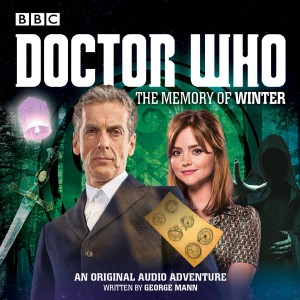